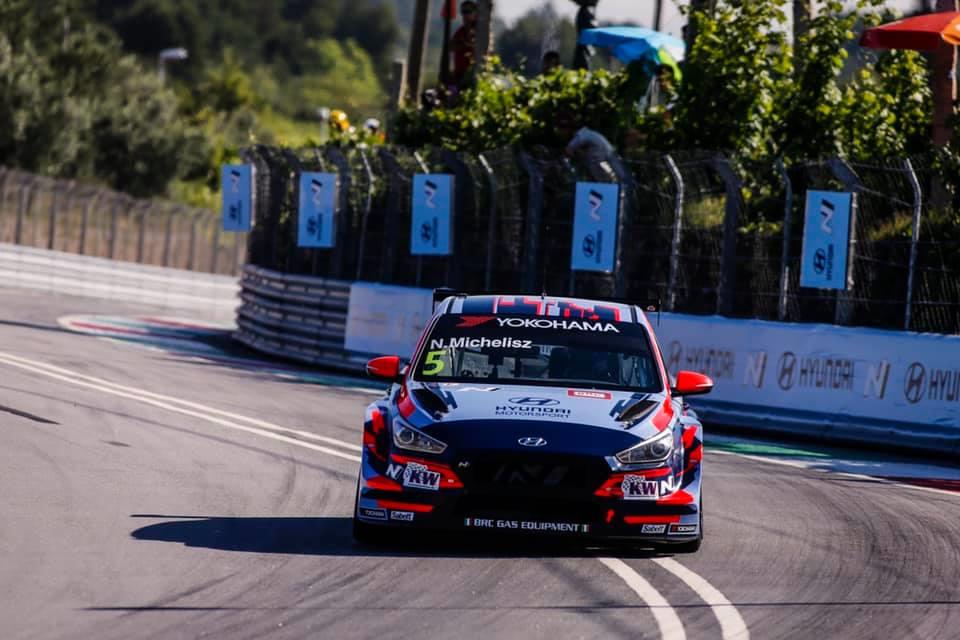 BRC Racing Team has scored a pole position, two podium finishes and a haul of championship points at Race of Portugal, the sixth round of the 2019 WTCR – FIA World Touring Car Cup season, this weekend (05 - 07 July).

BRC Hyundai N Squadra Corse driver Norbert Michelisz further strengthened his position as a championship contender with in the qualifying session on Saturday at the Circuito Internacional de Vila Real, in which he briefly broke the WTCR qualifying lap record by three thousands of a second. He converted his pole position to take his second victory of the season in Race 1.

Augusto Farfus qualified alongside Michelisz in Race 1 for a BRC Racing Team front row lock-out. His sporting drive in the race ensured his Hungarian teammate maintained the lead of the race. The Brazilian finished the 11-lap race in third, scoring his second podium of the season.

On Sunday, the team struggled to find the same pace around the Portuguese street circuit. BRC Hyundai N LUKOIL Racing Team driver Nicky Catsburg was able to progress to the second qualifying session on Sunday, and started Race 2 on the second row of the grid. He finished in fifth place. His teammates Michelisz and Gabriele Tarquini also battled hard in the 14-lap Race 3 to bring home two further finishes in the points.

Race of Portugal was the final European round of the season before action moves overseas. After a deserved summer break, the WTCR campaign will feature four rounds in China, Japan, Macau and Malaysia respectively.

This weekend, Michelisz takes home 40 additional points from Race of Portugal, which has gained him ground in the drivers’ championship. He lies in second and just 25 points behind ALL INKL.COM Münnich Motorsport’s Esteban Guerrieri. Teammate Gabriele suffered a difficult weekend but was able to finish in a points scoring position in Race 3. The team now lies in third in the teams’ standings.

Norbert Michelisz said: “For me it was a good weekend in general here in Portugal. Saturday was a fantastic day: P1 in qualifying and victory in the race. I’m incredibly happy, it was a dream day for us. Huge thanks to the team, the car was amazing. Today I was not so lucky but the important thing is we closed the gap to the front.”

Gabriele Tarquini said: “Race 1 wasn’t great for me, I crashed after the Joker Lap. In the last few races I seem to always be in the wrong place at the wrong time but we will keep pushing. It was a fantastic result yesterday for Norbert and Augusto, but the only positive for me was one single point in three races.”

As a result of their weekend in Vila Real, BRC Hyundai N LUKOIL Racing Team remains in fourth in the teams’ championship, while Farfus and Catsburg are 11th and 12th in the drivers’ standings.

Augusto Farfus said: “Race of Portugal started really well with a great Friday and Saturday. But this is motorsport and it has been a hard Sunday for the team. We didn’t capitalise our speed and this is very frustrating. That’s racing, we turn the page: bad weekends come, but good weekends will also come.”

Nicky Catsburg said: “Not too bad result for me on Saturday, I was fifth with Norbert and Augusto on the podium, so perfect execution here for us. Today I had a good qualifying and finished P5 in Race 2, scoring some good points. Overall, not such a bad weekend at Vila Real.”

Team Principal of BRC Racing Team Gabriele Rizzo said: “Firstly we must extend our heartfelt condolences to Cyan Racing on the loss of their valued colleague. Our thoughts are also with his family at this difficult time. For us, we are thrilled with our double podium on Saturday; a great job by Norbert and Augusto. Today it was not a comparable result for our drivers caused by a poor overall qualifying which then affected the races. But we look forward to the overseas races with Norbert’s win and points finish today which has helped us to close the gap to first in the championship. Thanks to the team for the commitment shown, but we have to keep pushing until the end of the season and focus on these last overseas races.”