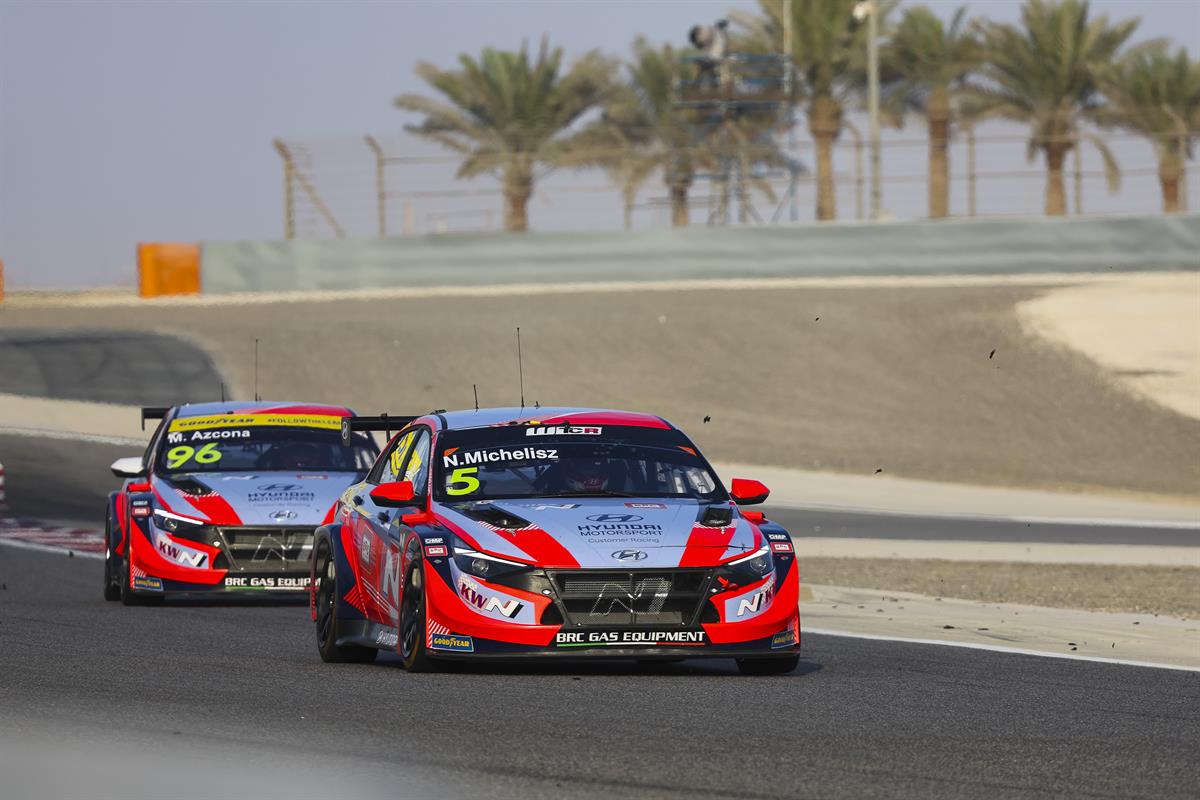 As the WTCR – FIA World Touring Car Cup season draws to a close, BRC Racing Team heads to the ninth and final round on the calendar, WTCR Race of Saudi Arabia, leading both title standings.

The inaugural Race of Saudi Arabia will host the grand finale of the 2022 season this weekend (26-27 November) under the floodlights. It will mark the first time international touring car action will visit the country. The Jeddah Corniche Circuit’s alternative 3.450km track will be used for the first time by WTCR, which promises bumper-to-bumper touring car racing; the perfect conditions for a season decider.

After an outstanding weekend full of victories and podiums at Race of Bahrain, Mikel Azcona has an advantage of 60 points at the top of the drivers’ standings, with 2019 WTCR winner Norbert Michelisz fifth. BRC Hyundai N Squadra Corse also extended its lead in the teams’ title battle, now with a 104 point gap to its nearest rival. BRC Hyundai N Racing Team driver Nicky Catsburg got up to speed quickly in the Hyundai Elantra N TCR and secured a third-place finish in Race 2. The Dutch driver will also compete in Jeddah as a wildcard entry. New to all drivers, the Jeddah Corniche Circuit will provide some unique challenges so free practice sessions will be crucial in learning the track and finding the right set-up. BRC Racing Team will focus its efforts on winning its third drivers’ title in the series and its first teams’ title at what will be the final WTCR – FIA World Touring Car Cup.

Team Principal of BRC Hyundai N Squadra Corse Gabriele Rizzo said: “The title decider has come down to the final weekend of racing and we are in very good contention for both. After last time out in Bahrain, we can go into this weekend feeling confident, but we must still focus as anything can happen. The circuit is new, but I believe we will be able to get up to speed. It has been an eventful year for us and the Hyundai Elantra N TCR, but I am very proud of the whole team. We are determined to fight to the very end.”

Mikel Azcona said: “I am looking forward to Race of Saudi Arabia after we had such a fantastic weekend in Bahrain. We have a big lead in the title standings, which gives us an advantage.  We know we will have ballast for the final weekend, but I think we will be good enough to fight for the top positions. It will be tough as I have never been to Jeddah before, and there was only eight or nine days to prepare at home. I have full confidence in the Hyundai Elantra N TCR and know that the team will give me a great car.”

Norbert Michelisz said: “It will be a new challenge, a jump into the unknown. It is very difficult to set expectations because it can go either way. We don’t really know the circuit, so there is very little information that we can gather beforehand, and this makes it tricky for the team to judge the right window in setting the car up. It also makes it tricky for the driver as you don’t have this layout on the sim and it is hard to find onboards. I mean we will do our best and I would like to repeat the weekend I had in Bahrain and finish the season on a high.”

Nicky Catsburg said: “Jeddah is going to be a very cool track I think, I only know it from watching Formula One, but it looks awesome. It’s going to be different to what we have just raced on in Bahrain, with more grip, high speeds, and walls around. It’s like a street circuit so it’s going to be a very cool challenge as nobody has driven there before. So that’s something I’m really looking forward to. Clearly clinching both titles is the main task of the weekend, but for now we need to stay calm and try to have a successful weekend.”