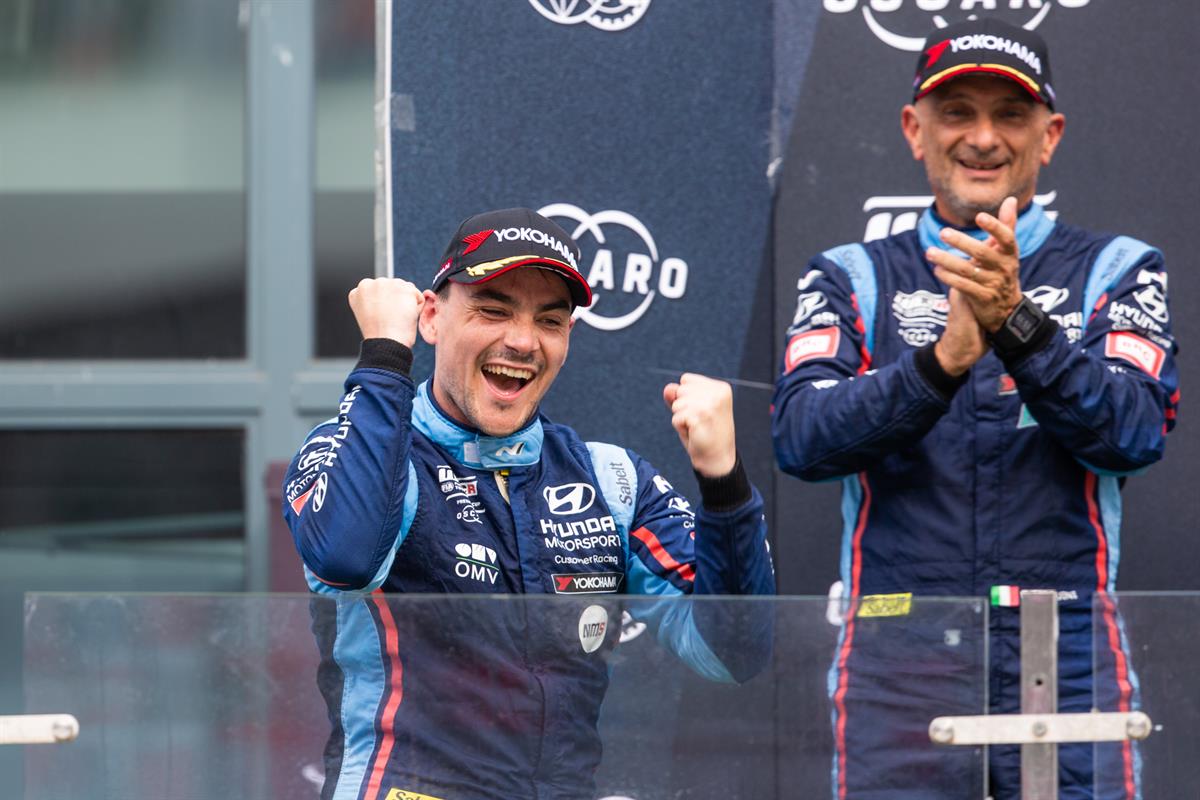 WTCR Race of China saw Norbert Michelisz take the lead of the drivers’ championship thanks to a strong performance at Ningbo International Speedpark. A fourth place finish in Race 1 reduced the gap to first in the standings to just nine points, a deficit he overhauled in Race 2 as he fought his way to victory. The Hungarian now has a 16-point advantage over his closest competitor.

His BRC Hyundai N Squadra Corse teammate came back fighting from a difficult Saturday at WTCR Race of China to finish on the podium in both races on Sunday. His second place in Race 2 and third place in Race 3 means he now lies eighth in the drivers’ championship.

BRC Hyundai N LUKOIL Racing Team driver Augusto Farfus was reasonably happy with seventh place in Race 1. The Brazilian was forced to retire after contact on the first lap of Race 2 but bounced back in the final race of the weekend, finishing in fourth behind Tarquini. His teammate Nicky Catsburg showed good pace all weekend and was in contention for a podium finish in both of Sunday’s races, however misfortune on track ultimately hampered his final results.

The Hyundai i30 N TCR showed competitive pace at the 4.010km Ningbo circuit, with all four cars qualifying in the top ten for both of Sunday’s races.

The combined performance of Michelisz and Tarquini in Ningbo has consolidated BRC Hyundai N Squadra Corse’s third place in the teams’ standings, just 36 points from the leader.

Norbert Michelisz said: “It was a good weekend, we scored important points for the championship fight and I managed to win a race. In the end I think we can be happy. There’s still a long way to go but it is always nice to be leading the pack rather than be the one chasing. I think I’m on a good run and I will really try to do my best in the following race weekends.”

Gabriele Tarquini said: “Fantastic Sunday here in China after a not very good Saturday! Today I was very pleased to be back on the podium twice after a long break and I’m very happy for the team. Norbert is leading the championship and this was the target.”

BRC Hyundai N LUKOIL Racing Team is fourth in the teams’ standings, with Farfus now in 10th and Catsburg in 11th in the drivers’ championship.

Augusto Farfus said: “It was a mixture of emotions today, in Race 2 I could have had a good result but contact on the first lap cost me the race. In Race 3 we brought home the speed, with which I am fairly happy. Of course we are here to win races but I can be content with fourth place and I go home with a smile on my face.”

Nicky Catsburg said: “Race of China was a little bit disappointing for me. I think the pace was good throughout the weekend and I had two good qualifying sessions but unfortunately in the races I was a little bit unlucky with some of the crazy moves. As a team we are leaving this weekend with Norbert in the lead of the championship, which is great. I can only try my best in the remaining races of the season.”

Team Principal of BRC Racing Team Gabriele Rizzo said: “Overall, we have to be happy with our result at WTCR Race of China. The hard work of our team over the summer paid us dividends. We deserve all the points we were able to collect here in Ningbo and we have to be proud we got them thanks to our own sweat without any other help. All four Hyundai i30 N TCR cars had the pace to fight for podium positions on Sunday and though it was Norbert and Gabriele this time, it could also have been Augusto and Nicky in their position. Norbert now leads the drivers’ championship by 16 points and we reduced the gap to the lead in the teams’ standings. We need to stay focussed on the continuous improvement in our performance and reliability; there is still a long way to go.”