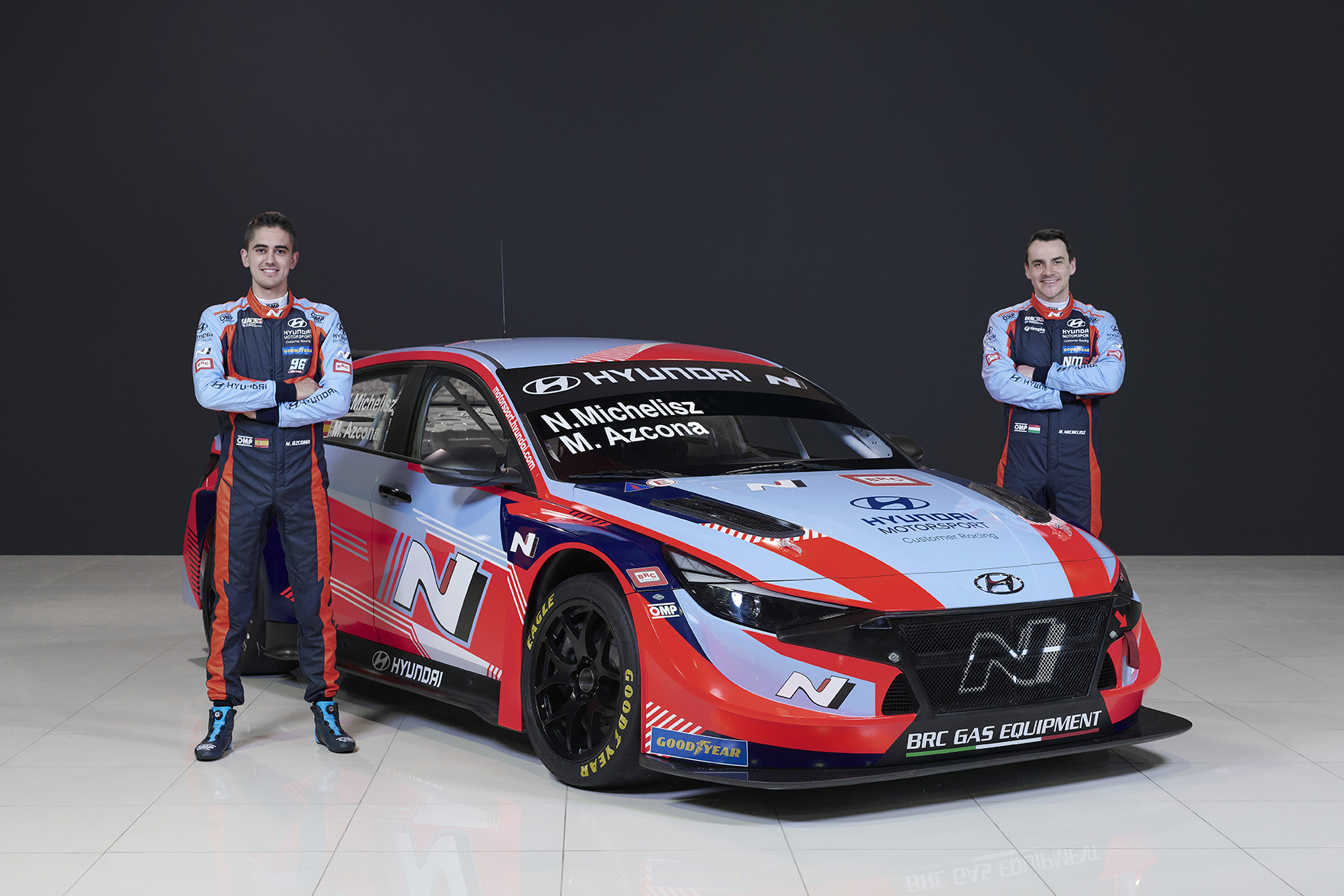 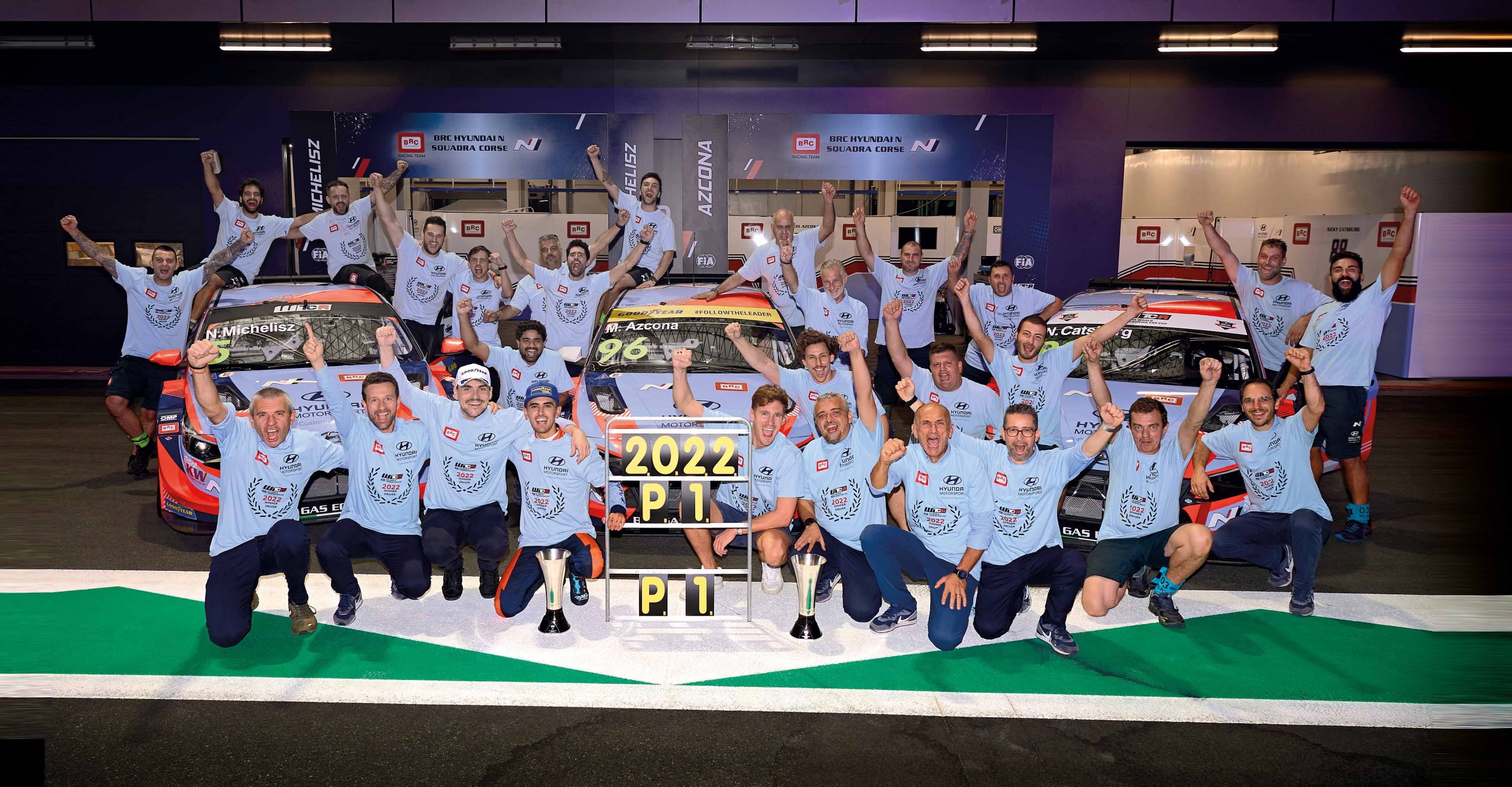 The WTCR – FIA World Touring Car Cup is the pinnacle of customer touring car racing and sits at the top of the TCR category ladder.
Evolving from the FIA World Touring Car Championship ahead of the 2018 season, the WTCR is administered by the FIA and promoted by Discovery Sports Events.
Two practice sessions, a single three-stage qualifying session featuring two elimination periods, plus two races are timetabled at events, which enjoy extensive live global broadcasting.

The three-phase Qualifying (Q1, Q2, Q3) elimination format remains unchanged but how points are awarded is all-new for 2022.
From this season, the fastest five drivers in Qualifying, regardless of at which point they set their best lap or whether they progress to Q3 or not, will be rewarded with points on a 10-8-6-4-2 scale.

Race 1 is the big one, Race 2 the partially-reversed one

Previously the partially-reversed-grid race, drivers in Race 1 will line up for action according to the combined Qualifying results and compete for 30 minutes plus one lap (35 minutes plus one lap on street circuits in the event if the safety car being deployed). The top seven finishers will get more points than previously with drivers scoring as follows:

How grids are formed reminder

The Race 1 starting grid will be determined by the final results of Q3 (positions 1-5) and Q2 (positions 6-12) for the top 12 grid positions. The results from Q1 will decide the remainder of the Race 1 grid.

FIA international-level racing returns to the streets of Pau for the first time since 2018 with the revival of the world-famous Grand Prix de Pau in southwest France. Having previously hosted the FIA World Touring Car Championship between 2007 and 2009, Circuit de Pau-Ville lies 20 kilometres east of Circuit Pau-Arnos, the setting of the inaugural WTCR Race of France in October 2021. Pau has been home to car racing of varying types since the 1930s with legends such as Jim Clark, Juan Manuel Fangio, Lewis Hamilton, Sébastien Loeb, Jackie Stewart taking victories on the challenging undulating layout over time. 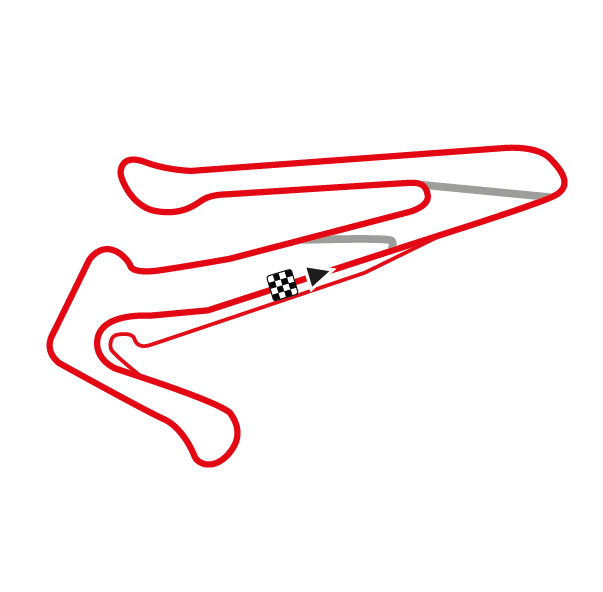 Germany’s WTCR – FIA World Touring Car Cup host venue offers a challenge like no other with its daunting 25.378-kilometre lap, 64 heart-stopping corners and changeable Eifel mountains weather combining to provide a fearsome challenge. Opening for business in 1927 and a German Grand Prix regular until Niki Lauda’s near-fatal accident in 1976, the Nürburgring Nordschleife joined the FIA World Touring Car Championship schedule from 2015-2017 as part of the ADAC 24h-Rennen weekend. The WTCR took over in 2018 and has delivered epic action every year since, including in 2021 when Tiago Monteiro defeated Yvan Muller within sight of the finish.

MotorLand Aragón near Alcañiz in the northeast of the country, was a popular addition to the WTCR schedule when it hosted the inaugural WTCR Race of Spain in 2020. Despite huge enthusiasm for the city-based Circuito Guadalope from 1965, growing safety requirements and difficulties staging top-level events meant time was called on racing through the streets in 2003, which led to the MotorLand Aragón project. Former F1 driver Pedro de la Rosa collaborated with circuit designer Hermann Tilke on the track layout, which was inaugurated in September 2009 and has staged the Gran Premio de Aragón de MotoGP since 2010. 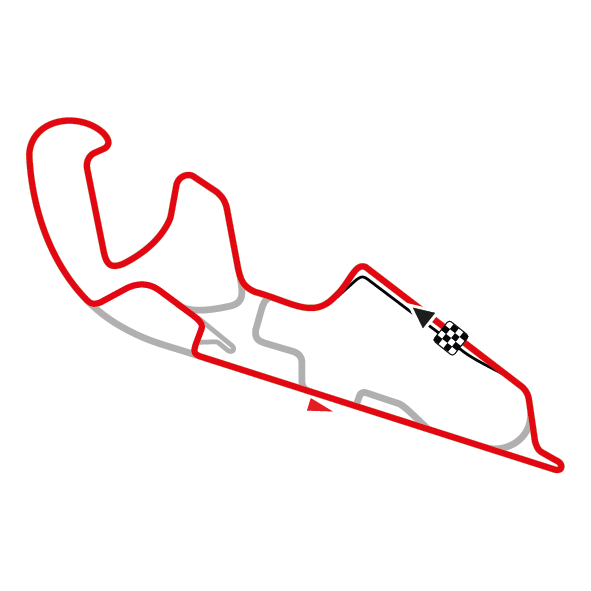 Located less than 20 kilometres northeast of Budapest, the Hungaroring is famed for hosting the first Formula One grand prix behind the old Iron Curtain in 1986. Ever-present on the F1 calendar since, the Hungaroring has also become a popular venue for World Touring Car racing, particularly since the emergence of Norbert Michelisz as a local hero and especially following his pole-to-flag victory in 2015. Resurfaced for 2016 with re-profiled kerbing to boot, the track blends tight turns and fast sweeps while its valley location makes for an initial descent before a climb back up to the high-speed Turn 4. 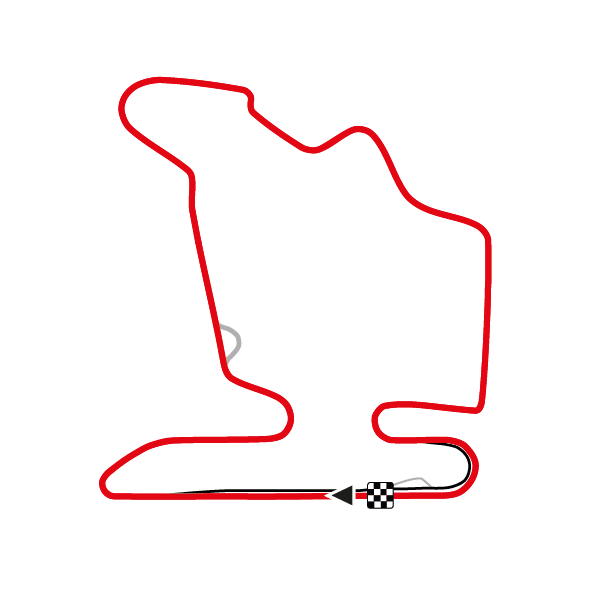 A street circuit oozing history and intrigue, racing has taken place on Vila Real’s demanding hillside roads since 1931, when Gaspar Sameiro and Ercilio Barbosa conquered the original 7.150-kilometre course in a Ford Model A. Safety and financial factors meant races were held on an irregular basis until the WTCC’s arrival in 2015 provided stability and Vila Real’s first world championship-level event. The 4.785-kilometre layout now used is a challenging blend of fast turns, climbs and descents. While a handful of chicanes were installed for safety reasons, the spectacle remains unaltered with speeds exceeding 200kph on the final downhill section.

Opened in 1951, Autodromo Vallelunga Piero Taruffi is named in honour of the Mille Miglia road racer and the track’s principal design engineer. The venue near Rome has hosted international and national-level competition over the years. In 2021 it was the setting of the inaugural PURE ETCR event two years after it staged the first FIA Motorsport Games, which included the Touring Car Cup consisting of two races for TCR cars. The 3.2-kilometre ‘Historical International’ layout will be operational for WTCR Race of Italy having been the track used for a number of famous touring car battles in the 1990s.

Designed by Alan Wilson, the same architect behind Ningbo International Speedpark, the 21-corner Inje Speedium is the venue of the first WTCR Race of South Korea. The track was completed in 2013 following a three-year build and includes several elevation changes, high- and low-speed corners, plus impressive facilities such as an on-site hotel and apartment complex. Located in South Korea’s Kangwon-do region, Inje Speedium is 160 kilometres north east of the capital Seoul. Built to FIA Grade 2 standards, it hosted a round of the TCR Korea Touring Car Series in 2018. Eventual champion Charlie Kang won the first race. 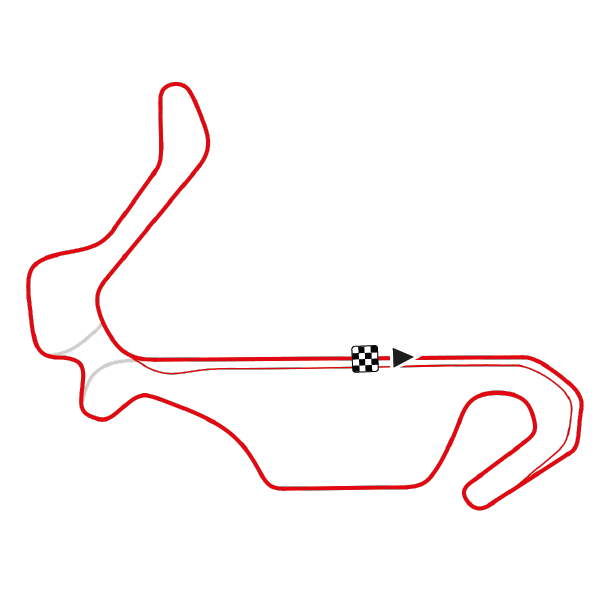 Located in Chunxiao in the rapidly-expanding Beilun coastal development near Ningbo − a major port and industrial city with a population of more than seven million − in Zhejiang province, the track opened in time for WTCC Race of China in October 2017 following more than a year of construction work at a cost of 950-million CNY (122 million euros). It runs in an anti-clockwise direction, is between 12-18 metres in width and features 22 turns. Esteban Guerrieri and Néstor Girolami shared the wins in 2017, before Thed Björk took a victory in 2018 to mark the arrival of WTCR. 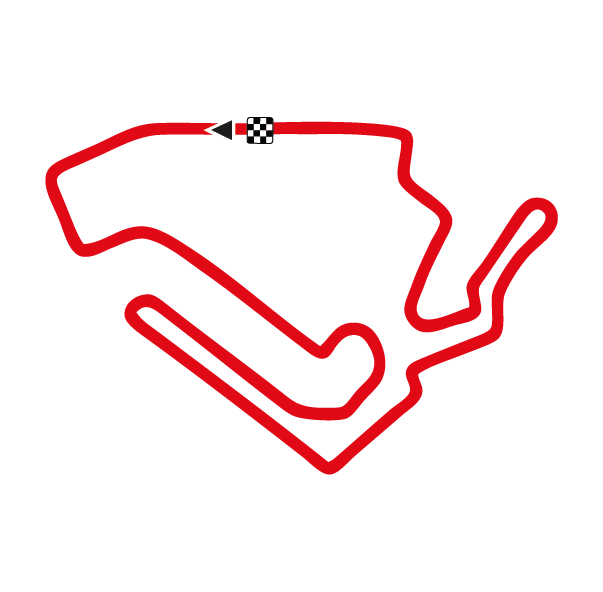 Inspired by Circuit Paul Ricard, Anneau du Rhin began operating in 1996. The main straight is 1050 metres long, while its picturesque countryside location provides a spectacular setting. Lying equidistant between the cities of Colmar and Mulhouse, the venue benefits from access to excellent transport infrastructure and ample accommodation. The Grand Est region is not only home to Anneau du Rhin but also to the Bugatti sportscar brand: Caroline Bugatti, the granddaughter of Ettore Bugatti, is a board member of the venue. Multiple FIA World Touring Car title winners Yann Ehrlacher and Yvan Muller were born and raised in Alsace.

Macau’s 6.120-kilometre Circuito da Guia blends twisty turns and narrow blasts with long, wide-open straights and sweeping corners – plus gradient changes – to create one of the most challenging and spectacular street circuits on the planet. Touring car races have been run in this Special Administrative Region of the People’s Republic of China for more than half a century, with the famous Guia Race first held in 1972. Having welcomed back the WTCC in 2017 when Rob Huff bagged a record ninth win, Macau hosted the thrilling seven-way inaugural WTCR season showdown in November 2018 when Gabriele Tarquini took the title. 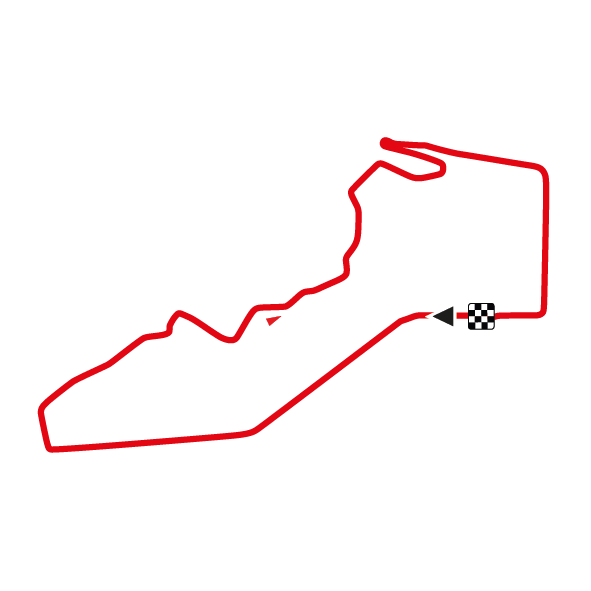 History will be made in the WTCR – FIA World Touring Car Cup this November when Bahrain International Circuit hosts the series’ first event in the Middle East. The inaugural WTCR Race of Bahrain, which is being organised in partnership with WEC promoter Le Mans Endurance Management, will feature one race on Friday November 11 with the second race following on the morning of Saturday November 12 prior to the 8 Hours of Bahrain WEC season finale. Bahrain International Circuit’s full 15-corner, 5.412-kilometre Grand Prix Circuit layout, penned by renowned track designer Hermann Tilke and opened in 2004, will be used.

The WTCR – FIA World Touring Car Cup’s maiden visit to Saudi Arabia brings international touring car action to the country for the first time for an exciting pair of night races promoted by Saudi Motorsport Company. WTCR will be the first series to use Jeddah Corniche Circuit’s alternative 3.450-kilometre track, which has been selected due to its design being tailor-made for bumper-to-bumper, doorhandle-to-doorhandle FIA World Touring Car racing and homologated especially for the occasion. Saudi Arabia is becoming established as a motorsport destination with FIA Formula One, Formula E and World Rally-Raid Championship events also taking place in the country. 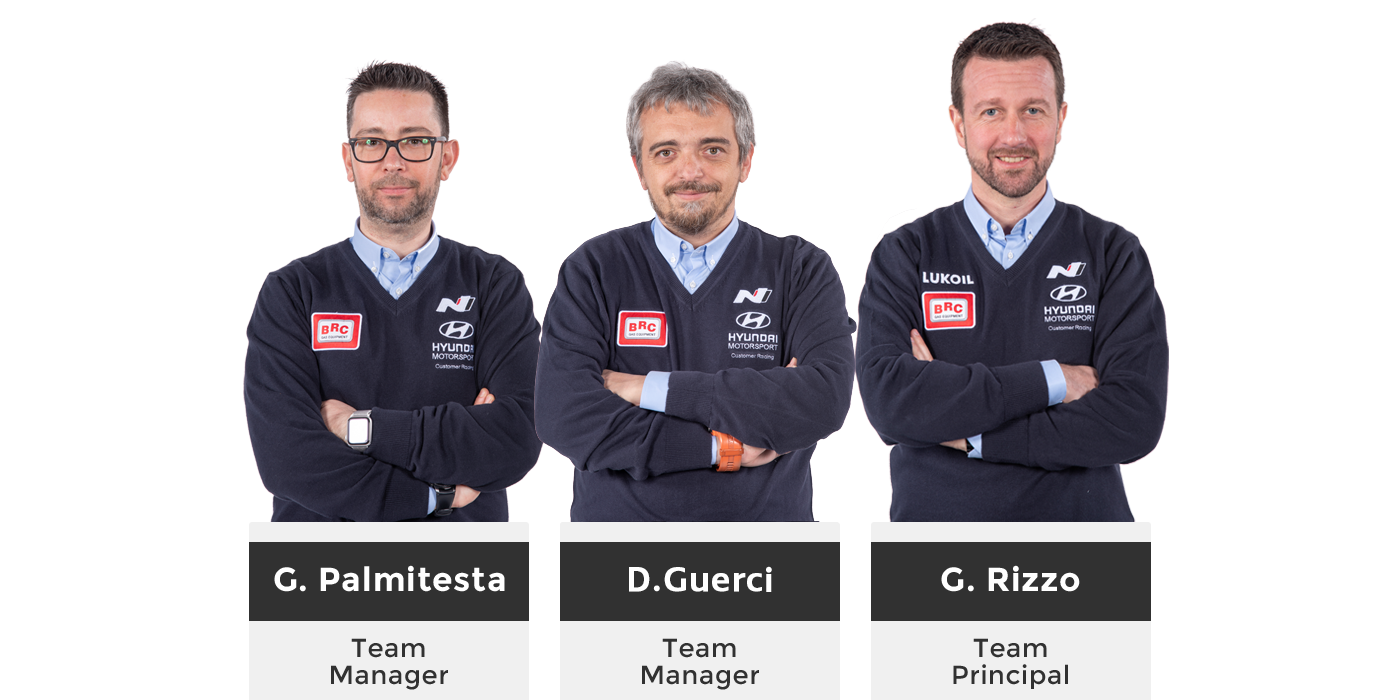 After just three seasons in the series, 25-year-old Spaniard Mikel has established himself as one of the undisputed stars of WTCR.

Mikel was a runner-up again in the 2016 SEAT Leon Eurocup and the 2017 Audi Sport TT Cup. However in 2018 he claimed his first ever title, winning the TCR Europe Touring Car Series. This impressive performance saw him achieve a drive at the pinnacle of touring car racing for the 2019 season.

Over his three years in WTCR, the Spaniard has taken three victories – one in each season – and 12 podiums. In 2021, he competed once again in the TCR Europe Touring Car Series alongside his WTCR commitments and emphatically secured his second drivers’ title. Mikel also competed in the inaugural season of PURE ETCR, and was the only driver to win the King of the Weekend crown twice (Vallelunga and Hungaroring).

Mikel will join Norbert to complete our 2022 Customer Racing line-up in WTCR. 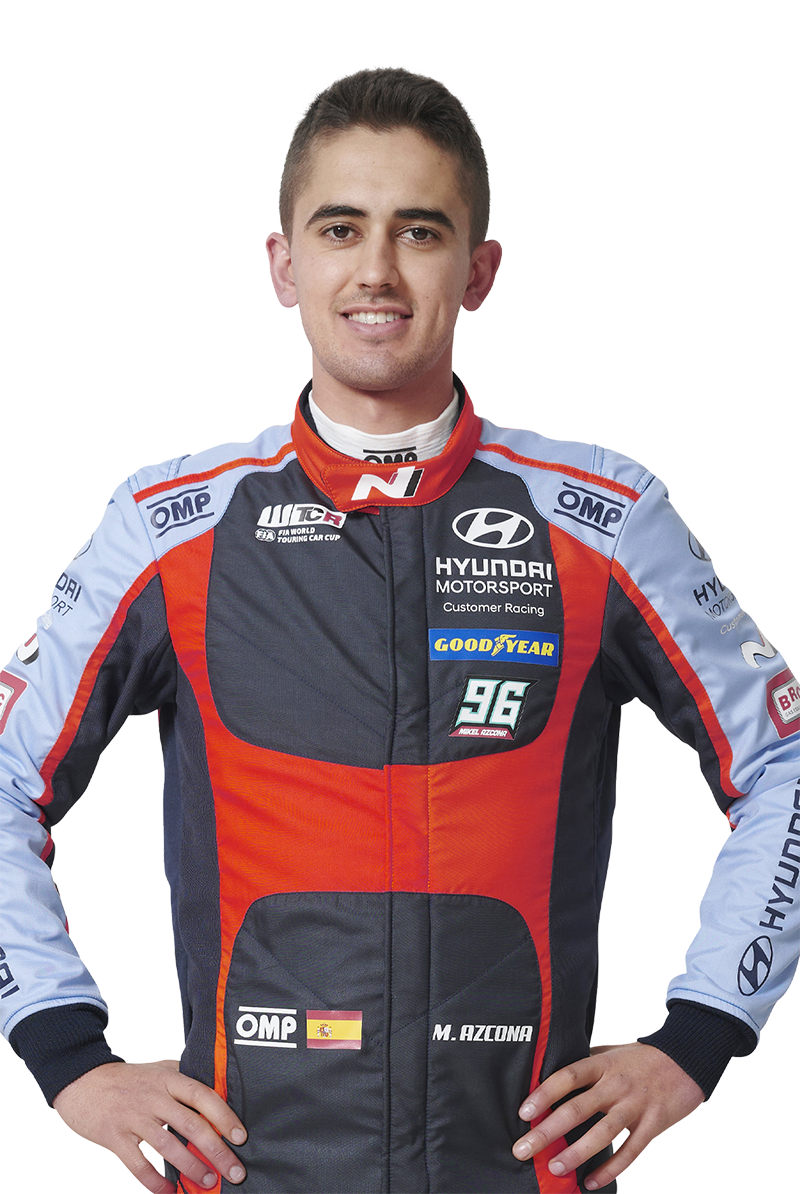 Michelisz’s online racing exploits earned him a test in a Zengő Motorsport Renault Clio at the Hungaroring in 2005. Despite being a total rookie, he ended up 0.2s slower than established racer Gábor Wéber.

One-make maestro: That testing performance earned him a season in the Suzuki Swift Cup in his homeland in 2006. He promptly took the title before adding the Renault Clio equivalent the following season.

The SEAT León Eurocup was next and after securing the crown in 2009, he stepped up to the FIA World Touring Car Championship with Zengő Motorsport a guiding light.

After winning the WTCC Trophy for independent racers twice, Michelisz landed a factory Honda ride for 2016, which culminated in an outright title challenge one year later. He finished second with three wins and three fastest laps.

Michelisz, the King of WTCR following his 2019 title triumph, established his own racing team, M1RA, with Hungarian engineer Dávid Bári. 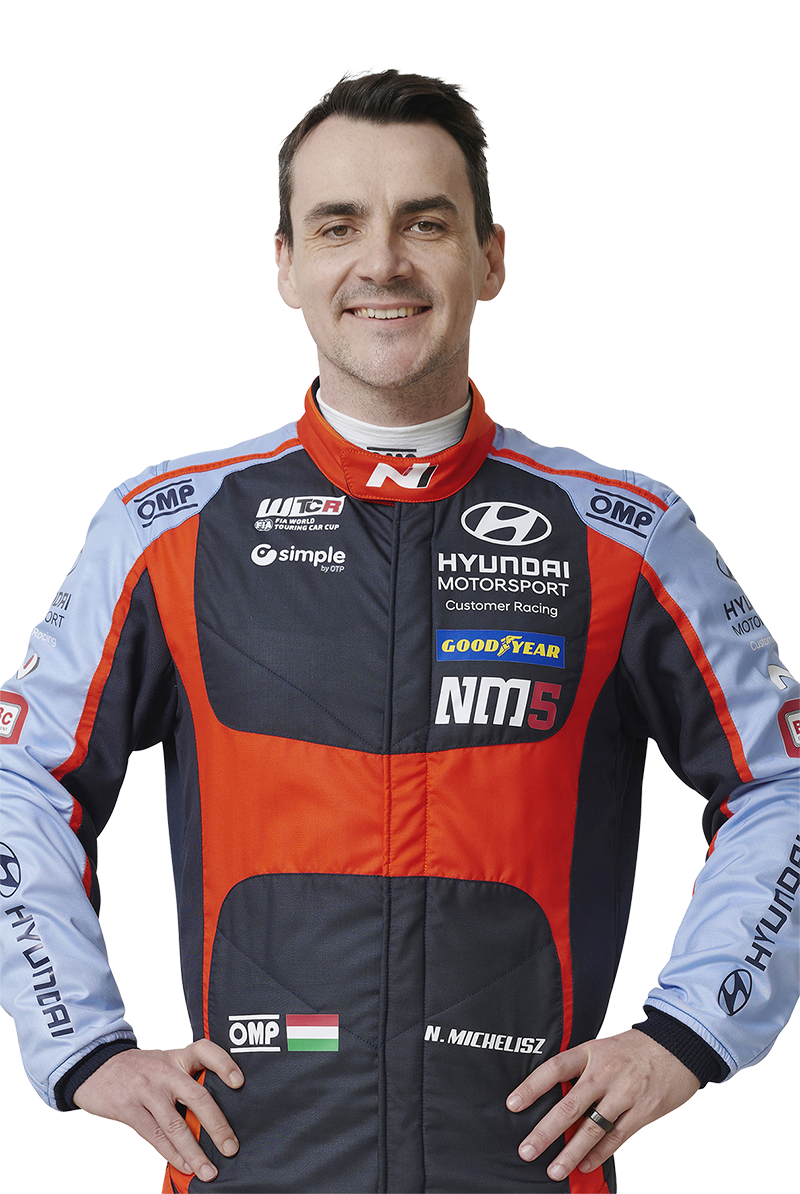 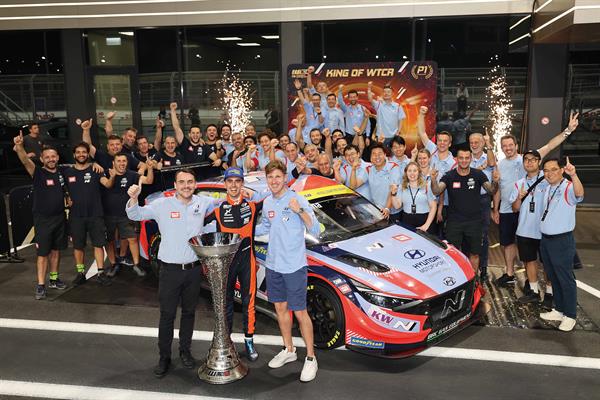 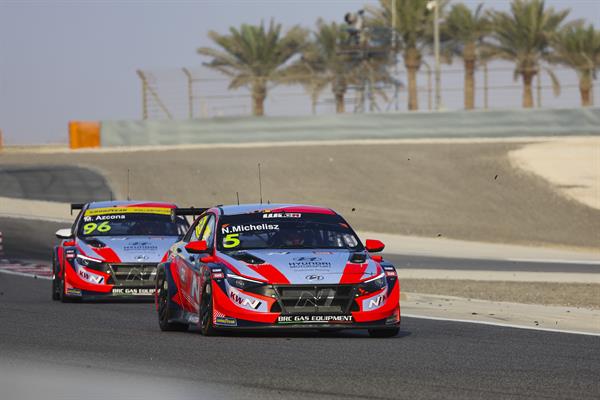 As the WTCR – FIA World Touring Car Cup season draws to a close, BRC Racing Team heads to the ninth and final round on the calendar, WTCR Race of Saudi Arabia, leading both title standings.The inaugural Race of Saudi... 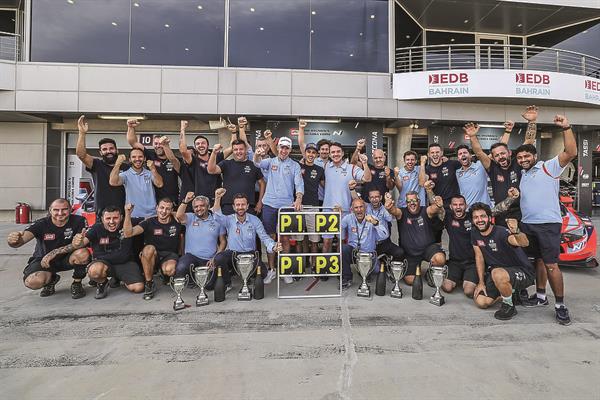 On a weekend that proved crucial in both title battles, BRC Racing Team extended its lead further after wins in Race 1 and Race 2 with Mikel Azcona and Norbert Michelisz respectively at the eighth round of the 2022 WTCR... 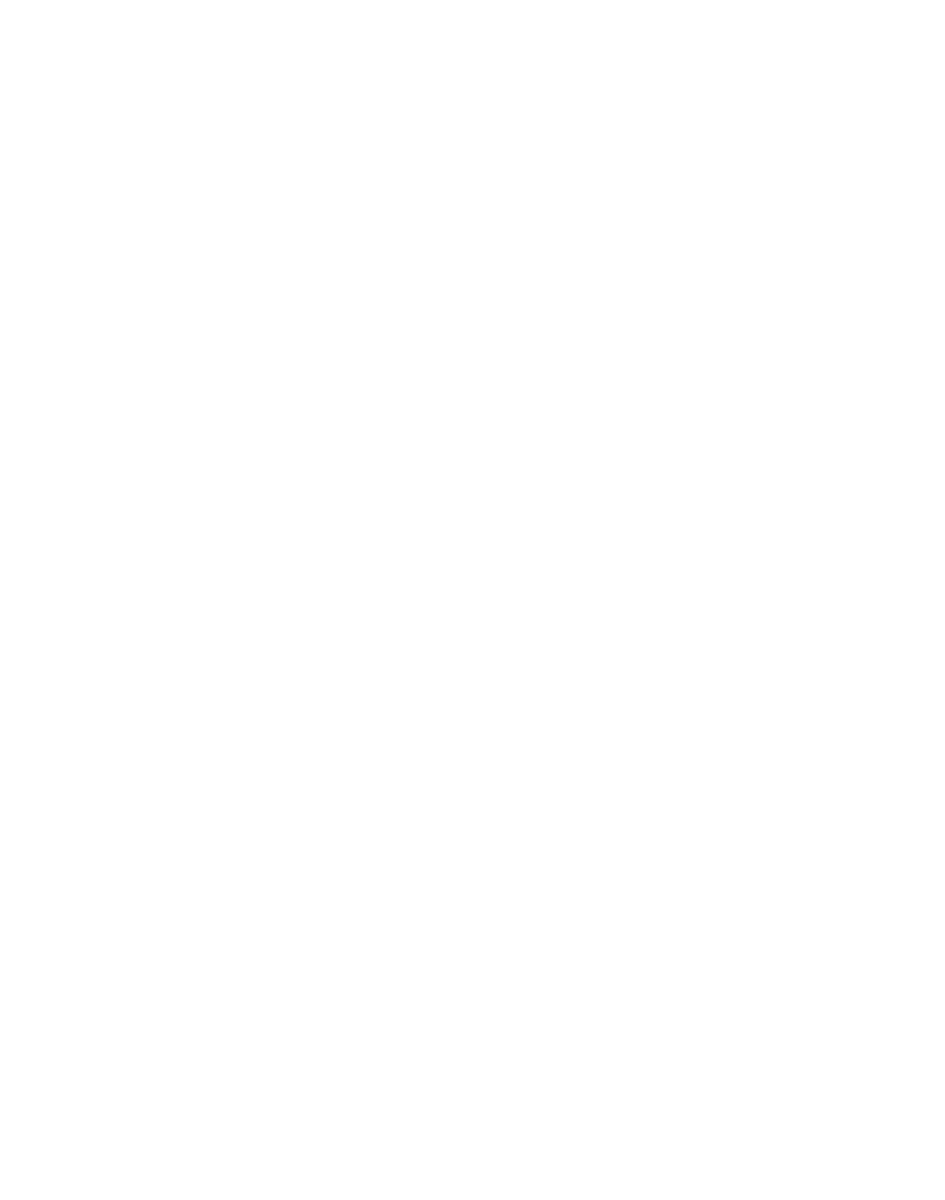