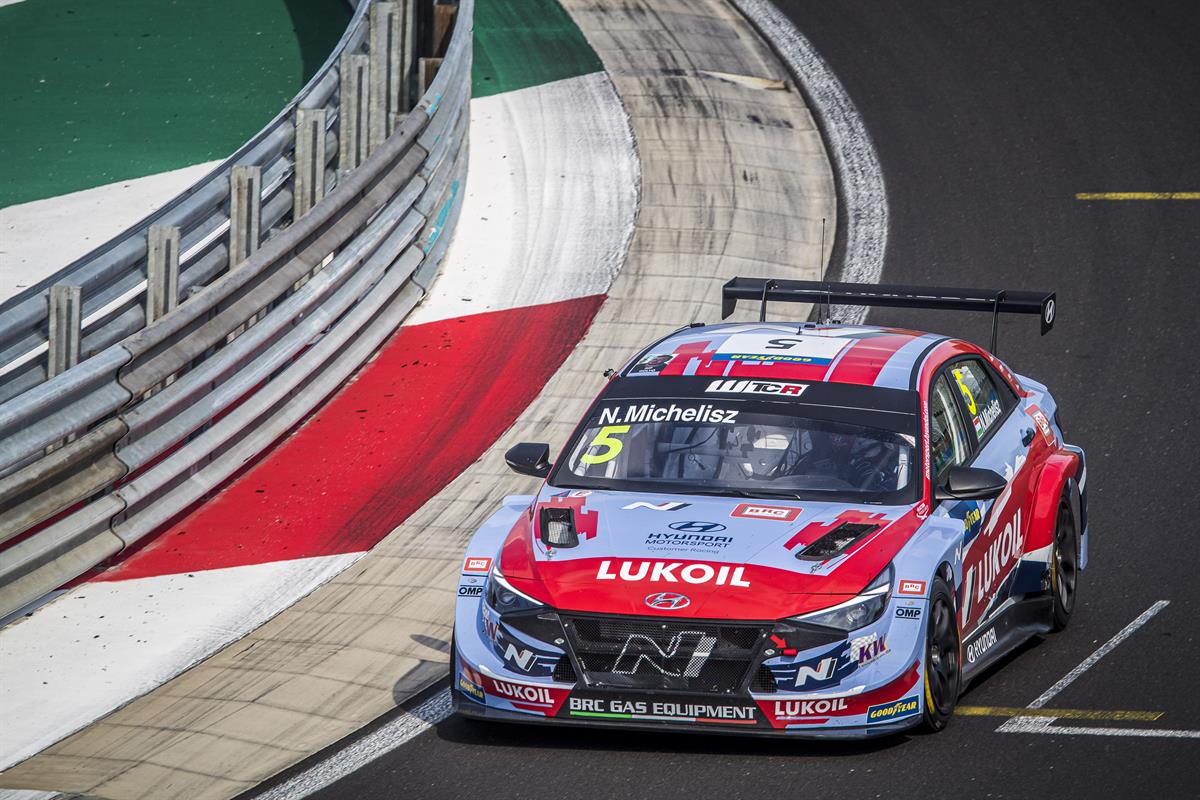 After a difficult weekend at the Race of Hungary, the fourth round of the WTCR - FIA World Touring Car Cup season, BRC Racing Team is determined to move forward and come back stronger in the final four races.

BRC Hyundai N LUKOIL Squadra Corse driver Norbert Michelisz progressed to the top-five pole position shoot-out on Saturday at the Hungaroring with his Hyundai Elantra N TCR, and went on to secure a second row start for Race 2. Although he struggled with pace in Race 1, the Hungarian was able to score points with a sixth place finish.

Unfortunately, the Hungarian was unable to capitalise on his advantageous starting position in Race 2 after contact on the first lap dropped him from a potential podium finish to the back of the pack. For the remainder of the race, Michelisz demonstrated great pace to ultimately recover to 14th.

His teammate Gabriele Tarquini was unable to progress into the second phase of qualifying and started both races in 17th place. In his first outing on Sunday, the Italian gained positions early in Race 1, climbing to 12th place by the seventh lap when the safety car was called. After the restart, he was able to maintain his hard-fought position, scoring four points.

Tarquini’s second race ended prematurely after he was hit from behind by another competitor, causing damage that forced him to retire on the first lap.

At the mid-way point of the season, BRC Hyundai N LUKOIL Squadra Corse sits seventh in the teams’ standings, with Tarquini and Michelisz 13th and 14th respectively in the drivers’ classification.

Team Principal of BRC Hyundai N LUKOIL Squadra Corse Gabriele Rizzo said: “We didn’t secure the level of results we expected at Race of Hungary this weekend. We will use the break between now and the next race to keep pushing and find improvements. There are still four more rounds to go and plenty of points still on offer; now is the time to roll up our sleeves, get our heads down, and fight to come back stronger in the second half of the season.”

Norbert Michelisz said: “My accident at the start of Race 2 was really unfortunate and ruined my chances to get on the podium. I’m very disappointed about it and now we have to understand what we could have done better. I didn’t capitalise on my good starting position and there were a lot of points on the table today that we didn’t score. The atmosphere was really nice all weekend with a lot of people in the grandstands, but I wished I could have brought home a better result for them.”

Gabriele Tarquini said: “It wasn’t a great weekend for us. We came here with a lot of hopes to replicate our performance in 2018 and 2019 but unfortunately we weren’t strong, especially in qualifying. This cost us a lot of points because the races are very short and tight, and when you start out of the top ten it is very hard to make up ground. Personally, I think my weekend was over after qualifying.”