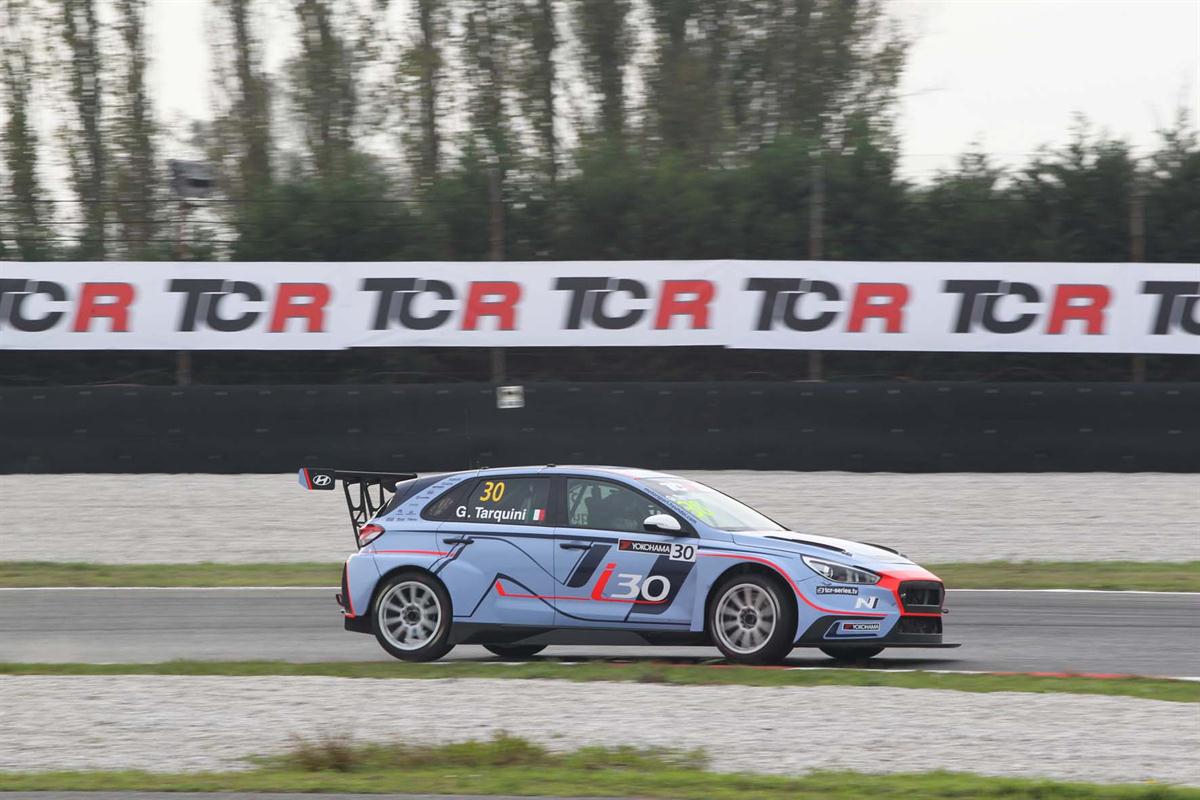 After the great victory at China’s debut race in International Series, Hyundai i30 N TCR confirmed its potential in the TCR Europe Trophy races at Adria, where it conquered another great achievement, thanks to Gabriele Tarquini.

In the continental event that took place on October 28th and 29th, Tarquini also gets the Hyundai’s project first pole position, another demonstration of i30 N TCR’s qualities in comparison with its main competitors.

Although the vehicle is not yet eligable for points, since it is provided with a temporary certification. However the car which ran at the Adria International Raceway had the same configuration that will be offered to clients in 2018.

The vehicle, managed by BRC Racing Team, was among the fastest of the entire weekend, starting from free trials, setting the best absolute time in official qualifications, despite the extreme Balance of Performance assigned to the i30 N TCR.

In Race 1, Tarquini was in the middle of a strong fight for leadership. Despite dropping to second place due to the additional weight given to the car, Tarquini managed to beat his adversaries, running the fastest lap. However, the design of the circuit made overtaking pretty hard, and Hyundai’s driver must settle for the runner-up  position.

Race 2  promised  a great challenge. Tarquini, started  from the fifth row due to the starting order inversion, recovered important positions and took the lead in the first half of the race. The driver’s action is steady, and after the great debut in China, comes another important and significant victory.

Gabriele Tarquini declares: “It’s been a tough weekend, but this makes the result even more satisfying. BoP was a big hindrance, but the pole position, the second place and then the victory demonstrate how exceptional i30 N’s configuration is. Now we have one more race to show what this car is capable of, before its delivery to the clients.”

Gabriele Tarquini will get on board of i30 N TCR again on Dubai racetrack, on November 17th and 18th, along with Swiss driver Alain Menu, for the last two TCR International Series’ races.