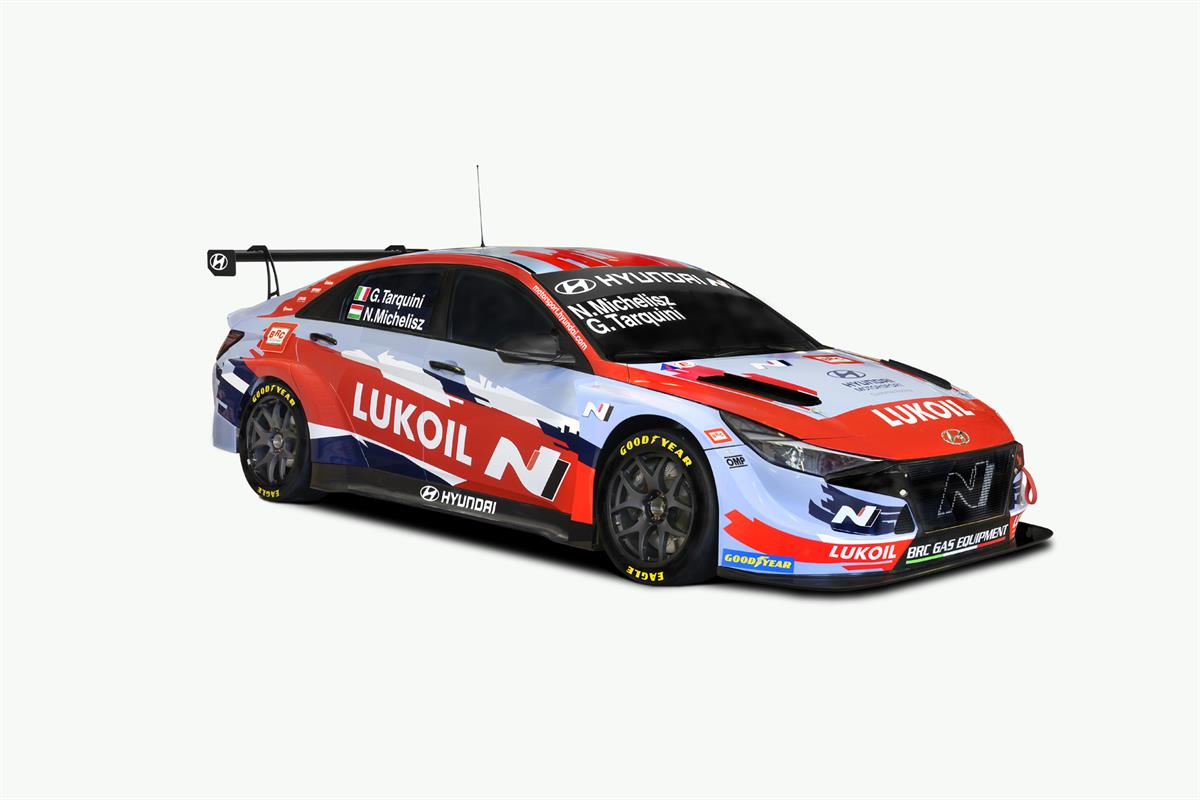 BRC Racing Team is aiming for a strong start to the 2021 WTCR – FIA World Touring Car Cup season at the Race of Germany, set to take place this week (June 3-5).

WTCR kicks off with the most challenging circuit on the series’ calendar: the 25.378km Nürburgring Nordschleife. There is no room for error around the ‘Green Hell’, where even the smallest mistake could prove costly.

WTCR Race of Germany is a notoriously demanding event. To add to the challenges BRC Hyundai N LUKOIL Squadra Corse will face, it will also mark the team’s racing debut with the Hyundai Elantra N TCR. The team and its two drivers, Norbert Michelisz and Gabriele Tarquini, have conducted a comprehensive pre-season testing programme with the new car in a bid to hit the ground running in Germany.

BRC Hyundai N LUKOIL Squadra Corse has had mixed fortunes at previous editions of Race of Germany. In 2019, Michelisz scored the first victory of his title-winning campaign at the Nordschleife. His teammate Tarquini endured two difficult races before clinching a fifth place finish in the final race of the event.

Action at WTCR Race of Germany kicks off on Thursday 3 June with two free practice sessions. Qualifying takes place on Friday 4 June to set the grid for Race 1 and Race 2, both three laps in length, on Saturday 5 June.

Team Principal of BRC Hyundai N LUKOIL Squadra Corse Gabriele Rizzo said: “Race of Germany is certainly going to be a challenging first race of the season, as we continue to familiarise ourselves with the Hyundai Elantra N TCR around one of the most fearsome circuits on the calendar. It isn’t easy to win around the Nordschleife, however we have the clear target to start the season bringing home a lot of points from Germany. As it is the official kick off of the new season, I would like to thank our main partners Hyundai MotorSport Customer Racing and LUKOIL for their awesome support, as well as the technical partners Brembo and OMP.”

Norbert Michelisz said: “I’m very excited about the start of the WTCR – FIA World Touring Car Cup, not only because we’re competing on one of my favourite tracks, the Nürburgring Nordschleife, but also because I was missing the thrill and competition of a race weekend. It is very difficult to set goals for this event, but the target has to be to score as many points as possible, and to do that on the Nordschleife you need to be fully focused and committed.”

Gabriele Tarquini said: “The Nordschleife is definitely not my favourite track, because I didn’t score a lot of points there in the past. Even when I was WTCR champion in 2018, I scored no points at the Race of Germany. We tested the Hyundai Elantra N TCR at the circuit at the beginning of May to refresh our memory of the track – although it was fully wet and snowing at times. We haven’t had a chance to run with the Goodyear slick tyres at the circuit yet but our target is to finish the races with as many points as possible.”