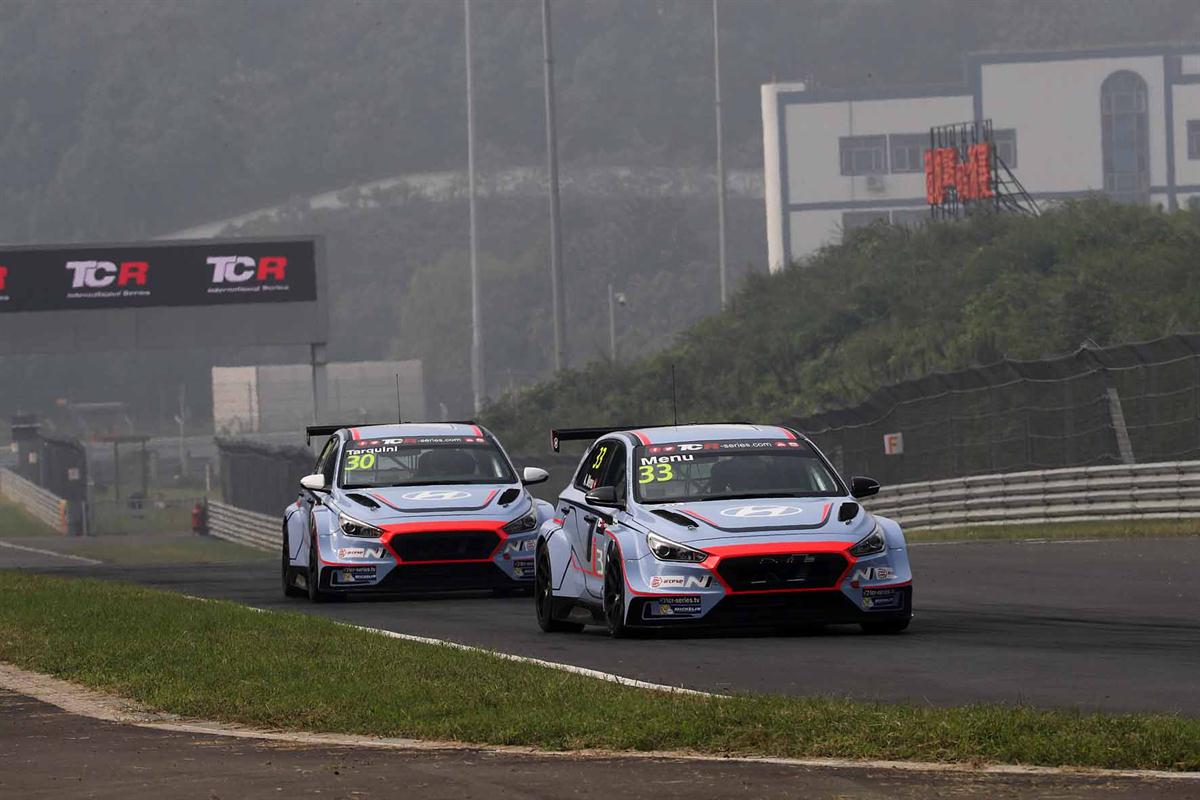 Victory at the debut in TCR International Series

7th and 8th October 2017 has been a memorable weekend for BRC Racing Team and Hyundai Motorsport.

On the occasion of the ninth appointment of the TCR International Series, competing at the Zhejiang Circuit (China), Hyundai i30 N TCR at its debut in an official competition, scored a fantastic success with Gabriele Tarquini.

The Hyundai Motorsport built car was also the fastest at qualifying stages, demonstrating, from the very beginning, its high level of performance and reliability compared to similar models involved in the race.

On the weekend of the Chinese race, the team’s drivers, Gabriele Tarquini and Alain Menu, were the only ones to stop the chronometer under 1’33”, but for regulation reasons due to the new car’s temporary homologation, they were  forced to start from 13th and 14th positions.

Despite this drawback, Gabriele Tarquini was superb, and after only 10 laps he managed to take the lead in race 1, fulfilling a great victory on the debut, only seven months after the first on-circuit trial. Alain Menu had to deal with a drive-through for a collision at the very beginning of the race, and after he entered the first six positions, he ended the race in 12th place.

In Race 2, the two Hyundai i30 N TCR, with an additional 40 kilos weight and engine powered reduced by 5% due to balance of performance, made a clean and safe race, ending at 4th and 6th final places and highlighting their pace and reliability.

A great success and a further achievement for BRC Racing Team, who took part in Hyundai i30 N TCR development project with Hyundai Motorsport technicians and deployed the racing cars.

Massimiliano Fissore, BRC General Manager, declares: “It has been an historic weekend for BRC Racing Team and Hyundai Motorsport. They have developed a very strong package for TCR competition, which showed in the results the drivers were able to take from the races. Hyundai Motorsport’s efforts in designing and building the car have been rewarded with success. The team continue to demonstrate its high level of skills and technical knowledge in the management of any kind of sport project, from rally to circuit. I would like to thank Hyundai Motorsport for the given trust and compliment Andrea Adamo, Hyundai Motorsport Customer Racing Team Manager, and all his staff, for the professionalism and accuracy shown in the project management, matured in a few months of intense work. Next month, we will be organizing on-circuit test days to make Hyundai i30 TCR's characteristics known to drivers who will choose the performing Korean car for their next competitive season.”

BRC Racing Team will return at TCR International Series with the Hyundai i30 N TCR during the last weekend of the championship, scheduled November 17th and 18th in Dubai.